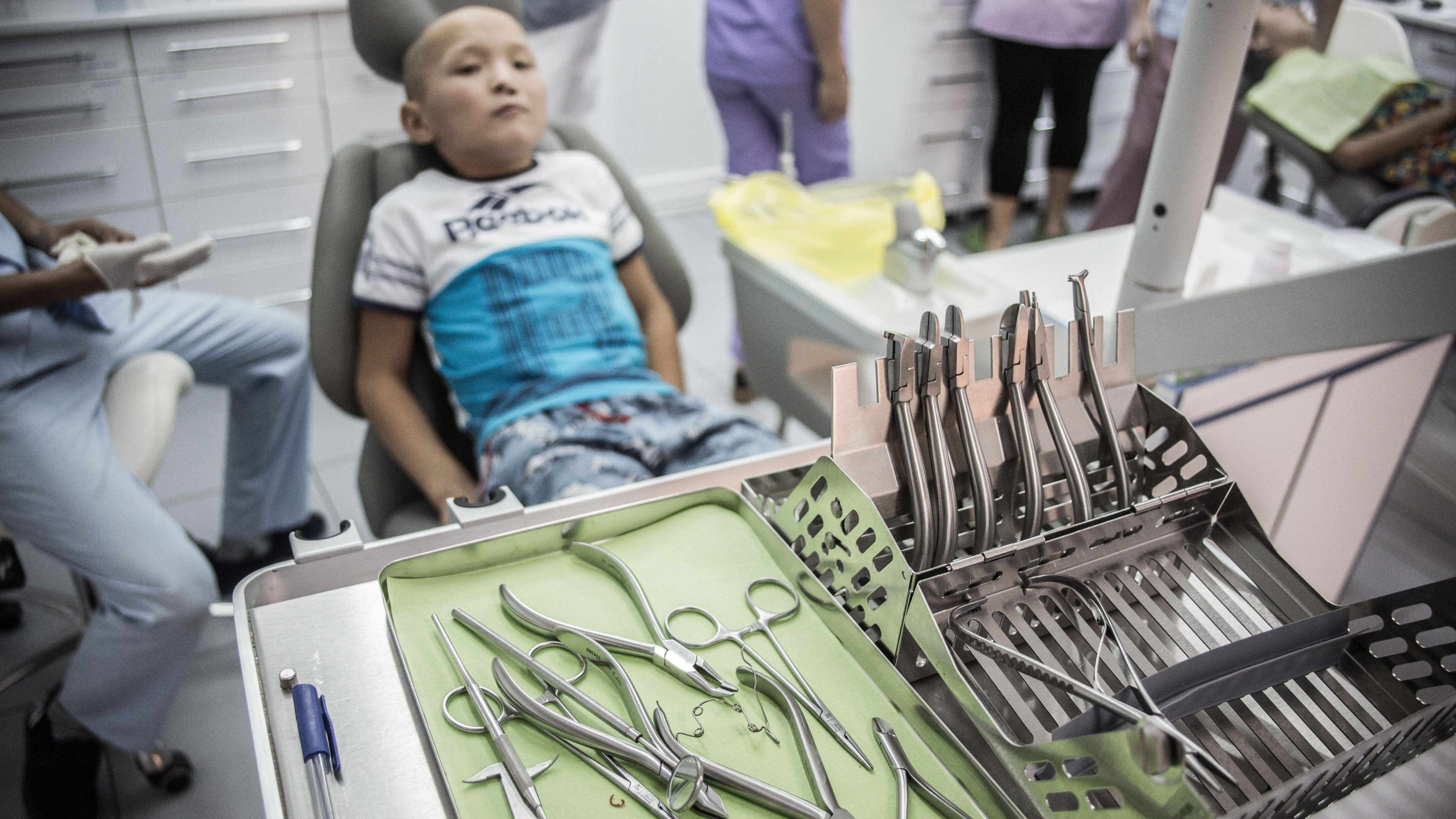 In April 2014, a Swiss delegation travelled to Osh to inspect the new operating room in the regional clinic. The local physicians were very pleased and grateful for the facilities, which are very modern by regional standards.

In April 2014, a Swiss delegation travelled to Osh to inspect the new operating room in the regional clinic. The local physicians were very pleased and grateful for the facilities, which are very modern by regional standards.Many more children in Osh, located in southern Kyrgyzstan, are born with cleft lips and palates than elsewhere. The aim of building the clinic is to provide children who live in the southern part of the country with medical treatment close to home. Among other things, those who travel north must go over a large mountain chain, which is impossible for most families.The opening of the new hospital facilities was attended by all who participated in its construction as well as the hospital’s management team. Following the opening, the Swiss guests attended a cleft lip operation and saw the skilled work of the physicians for themselves. During their visit, they met many children who had received professional operations, an important sign that our work is bearing fruit and that the young people can look forward to a brighter future.

In spring 2014, the European team of physicians, including a speech therapist, visited the children’s hospital in Bishkek. Our experts were especially happy to see that their local colleagues had gained all of the specialist knowledge necessary to treat cleft lips and palates since their last visit. Thanks to the close support they received, the Kyrgyz team is now able to examine the young patients themselves, provide their parents with expert advice and carry out the operations themselves. Follow-up care is also crucial. Thanks to the involvement of a Swiss speech therapist this expertise has also been shared with the children’s hospital. A local specialist has been hired and a treatment room, integrated in the orthodontic department, has been set up. However, there is still one challenge remaining – improving the horrendous state of oral care among young children. Unfortunately, our pleas to regional dentists fall on deaf ears – for the moment, at least. But in general it can be said that the project is making good progress, and the next steps – such as the construction of a staff room and the establishment of a stable internet connection – are well under way.