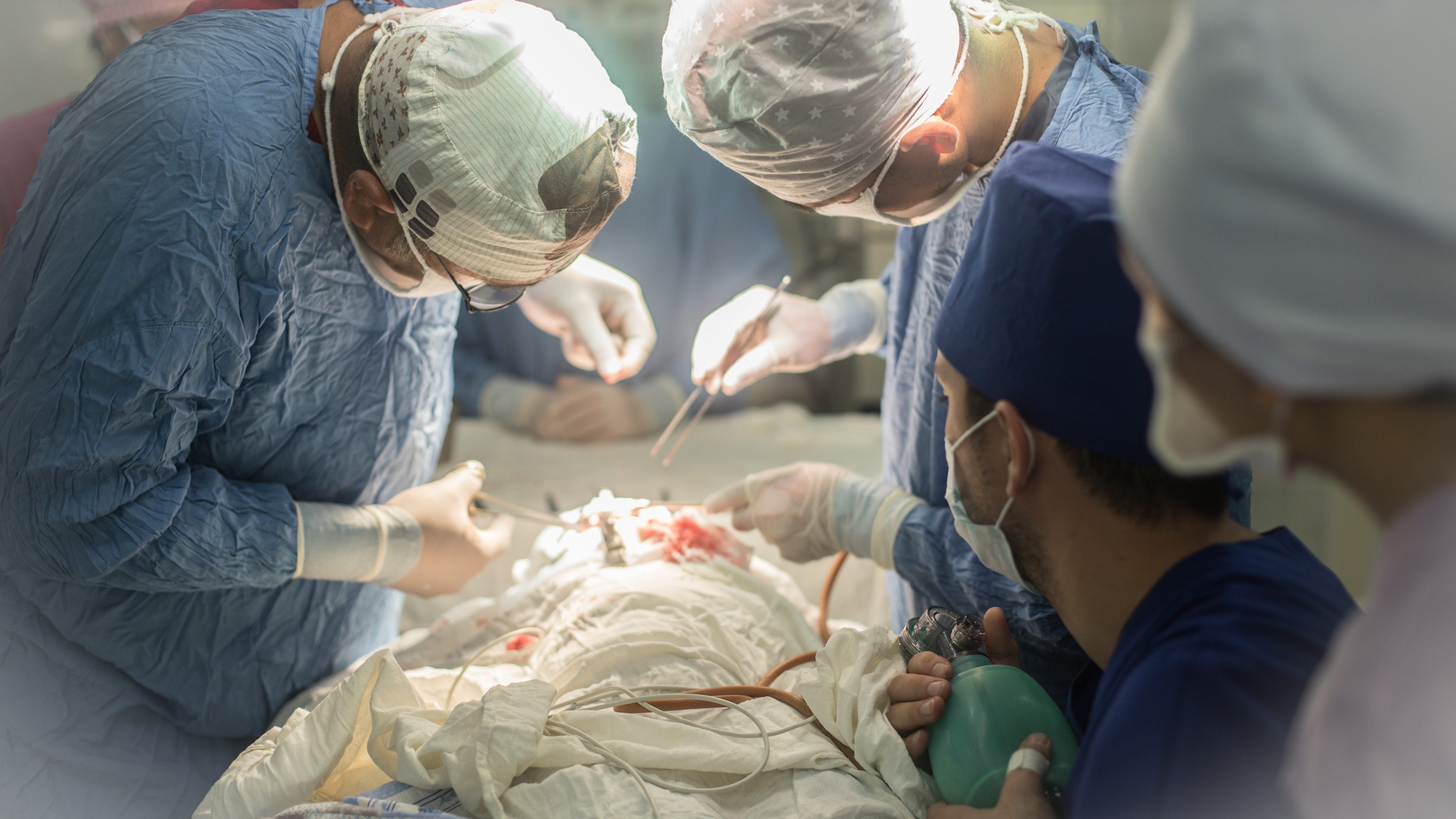 Everything as it always is and nevertheless spectacular, chaotic and once again unforgettable. This report was written by Yvonne and Marcel Frei during their trip to Osh in September 2017.

We have been standing on the side of the road, waiting for our colleague Nursultan for 20 minutes. He is nowhere to be seen, so we make several phone calls and learn that he has overslept, not realising that we have appointments with patients starting at 8 this morning. It is our first day in Osh and we have a lot to do! I breathe in the fresh morning air as I recall the two weeks: scenes of Osh flash through my mind as we drive from the airport to our hotel. We no longer even notice the massive aboveground pipes scattered throughout the enormous city like blood vessels. The dilapidated Russian apartment blocks, the little shops, the usual chaos on the streets and the Mongolian facial features of the city’s inhabitants no longer stand out to us. It has become just another day for us. We feel at home in the city and look forward to seeing our friends.

Dr Axel Zimmermann, a Swiss maxillofacial surgeon, accompanies us on this trip. His eyes take in the scenery like a sponge absorbing water. The first week has been unexpectedly chaotic. Nursultan was used as an interpreter in the operating room and Danijar, the most experienced dentist, was not there because of a facial injury, so the only person left from the three-member team is Assamat, a young and inexperienced dentist who speaks little English. Nevertheless, it was a very successful and exciting mission for all of the children with cleft lips and palates. Working as a team, we examined all of the cleft patients on the first day. Then we scheduled three operations per day for bone tightening with Axel Zimmermann. None of us wanted to miss the first joint operation in Osh involving Swiss and Kyrgyz doctors. We all met the next day in the operating room. Axel was a bit nervous. He wasn’t exactly sure what to expect.  Would he be able to fully meet their expectations? As was also the case with Marcel, sometimes results are expected that cannot be fulfilled given the local circumstances! But the first bone tightening was carried out with confidence and absolute professionalism. Axel was the main surgeon, with Osh 1 assisting him and Nursultan acting as the interpreter and second assistant on the other side. The team grew closer with each operation. Everything went according to plan! Osh 1 recognised some small details in his previous technique that led to certain problems, and he was astonished at how quickly the patients were back on their feet following the traumatic extraction of bone from their pelvis, thanks to the method Axel used. As a result, this technique is now always used in Osh.

This is a true success story – as you can see in the photos. Things moved slowly in the clinic on operating days. Practised interventions now took forever. Some patients were treated by Marcel himself, as Assamat, who is only a dentist, was a bit overwhelmed by the situation. We knew that he had previously only carried out individual steps that were very clearly outlined and that involved precise instructions. We could not expect him to follow along with us, let alone think ahead. Having him make his own plans or offering ideas or simply having discussions with him was not possible. And if I had not watched very closely every second, too many little mistakes would have slipped into his work. Following the first week, shortly before Axel Zimmerman’s departure, we are all sitting together and enjoying indescribable hospitality at a very traditional dinner. As during every other visit, Professor Osh 1 had invited us to his home. When we arrived, the table was buckling under the strain of salads, sweets, breads, fruits and much more, and the women brought out one course after the other.

Anyone who has visited the country knows exactly what I am talking about. We toasted a successful week of surgery with Bishkek cognac. Words of thanks and speeches flew across the table. We would like to thank Axel sincerely on behalf of the foundation, the local surgeons and, of course, the children with cleft lips or palates who will benefit from his work for decades. The second week went entirely as planned. Dina, our new assistant, seized the opportunity to learn and benefit from us, and she surprised us each and every day with her dedication and interest. And there was even a bit of time left for orthodontic scheduling, a task that our Kyrgyz colleagues still fail to grasp. Why so much office work when you could simply get down to work?! You would surely notice if something wasn’t working. Since the beginning, Marcel has endeavoured to prevent our plucky young orthodontists from acting too hastily. After all, practice makes perfect!